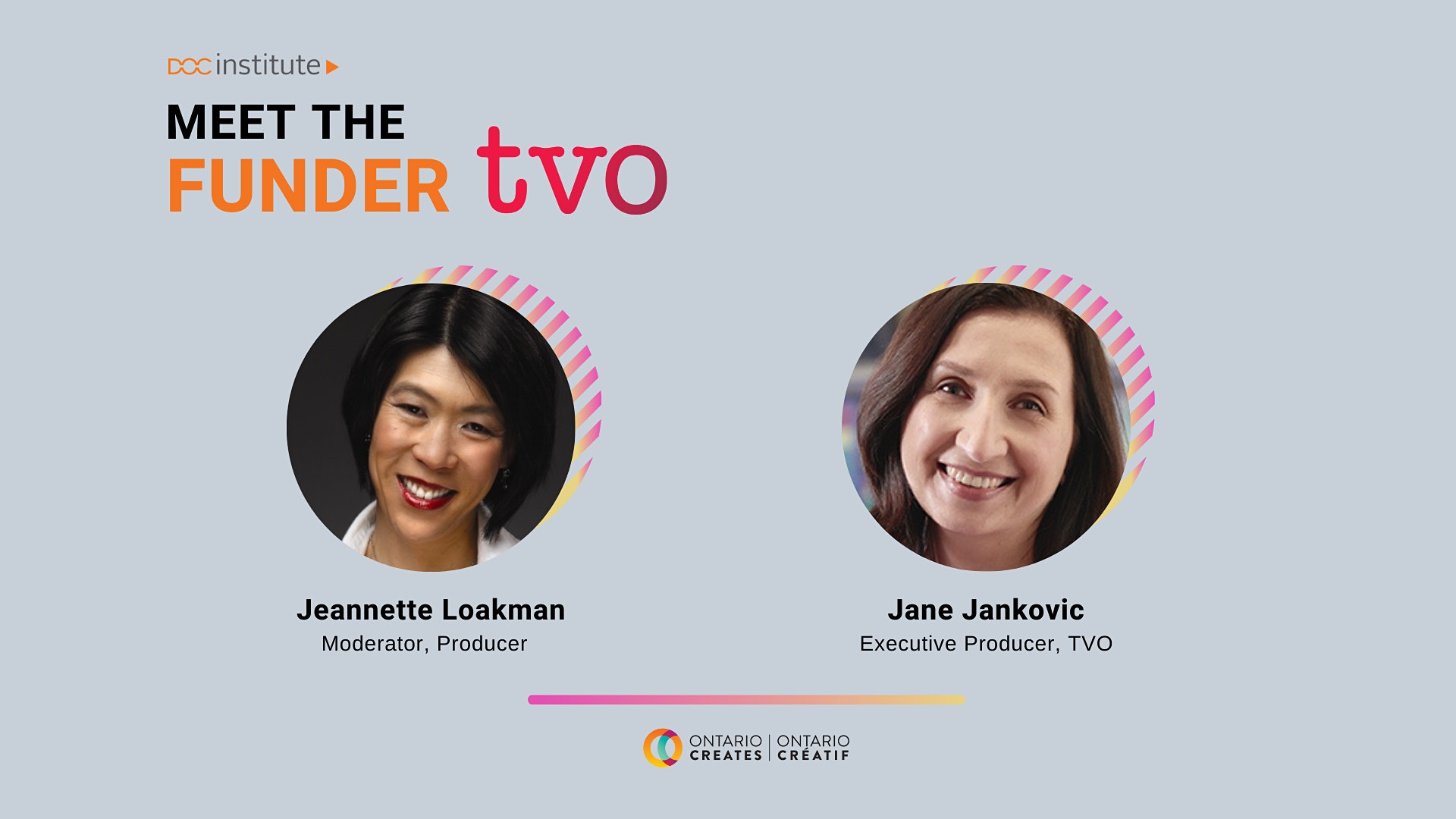 Meet the Funder is a professional development series that brings funders & non-fiction content creators together to share information.

Join DOC Institute on Wednesday, September 29 for the first event of the season, a Meet the Funder with TVO! Jane Jankovic, executive producer at TVO, will join moderator Jeannette Loakman, instructor at Centennial College, for a behind-the-scenes discussion. Tune in to gain insider knowledge on how to pitch to TVO this year. Tickets are free for DOC members, and $10 for non-members.

TVO commissions 40-50 hours of original content per year, both one-off documentaries and factual series, that focus on contemporary social issues of direct relevance to Canadians, especially in Ontario. Before commissioning long-form docs, Jane produced a live daily current-affairs program for 12 years and before that worked on feature docs and television programming with independent production companies in Toronto. Jane has been commissioning docs and series for TVO since 2007.

Loakman runs a post-graduate certificate program in the Film and TV Business and instruct in a post-secondary Broadcasting program at Centennial College, taming a cohort of College students destined for jobs in the production industry. In her broadcast past I moved to television and the documentary industry after a successful decade as a computer applications consultant in Montreal, Brussels, London and Tokyo.

DOC Institute develops and leads programs to help filmmakers succeed at every stage of their careers. Offering creative inspiration and insider advice, we’re a hub for the non-fiction community. DOC Institute is a one-stop shop for professionals to learn business skills, hone their craft and make industry connections.

Take care and keep well everyone,

Thank you to Ontario Creates for your support.