Menu
Instagram Twitter Linkedin Facebook
What’s the DOC Institute?
The DOC Institute holds workshops and programs aimed to accelerate and support the careers of filmmakers by providing them with educational resources, industry contacts, and creative opportunities. Our programming is driven by feedback from the non-fiction professional community, and is responsive to an ever-changing media landscape.

Co-founder of OYA Media Group, Ngardy Conteh George is a two-time Canadian Screen Award winning filmmaker, a Sundance Institute Documentary Film Program Fellow and grantee, and recipient of grants from the Toronto and Ontario Art Councils and the Canada Council for the Arts. She is committed to working with marginalized and often unheard communities, especially those that represent the rich cultures and complexities of the African Diaspora.

Nicholas de Pencier is a director, producer, and director of photography specializing in documentary for the past 20 years. He is President of Mercury Films and his credits include LET IT COME DOWN: THE LIFE OF PAUL BOWLES, THE HOLIER IT GETS, MANUFACTURED LANDSCAPES, and ANTHROPOCENE: THE HUMAN EPOCH. His films have screened at various festivals and have won awards at Hot Docs, TIFF, the Gemini Awards, and the Emmys.

Peter Findlay is a documentary filmmaker and former CBC producer with a passion for social justice and verité storytelling. His work has appeared on CBC, CTV, PBS, Discovery, History TV, TVO, ZDF-Arte, and SBS Australia, among others. Most recently, his self-produced film COMPANY TOWN premiered on CBC’s “POV” in October, 2020. Findlay’s other work has garnered awards from the Academy of Canadian Cinema and TV, Houston Worldfest, HotDocs, and the Canadian Science Writers Association.

Tiffany Hsiung is an Peabody award-winning filmmaker based in Toronto, Canada and is listed as one of DOC NYC’s 40 under 40 this year. Tiffany’s most recent short UNTIL FURTHER NOTICE premiered at the Hot Docs International Film Festival, and she recently won the inaugural Toronto International Film Festival Share Her Journey Short Cuts Award for SING ME A LULLABY (2020), along with a DGC award for Best Short Film.

Bryn Hughes is an independent producer and co-owner of Frequent Flyer Films Inc. Since 2002, Bryn has worked as a producer and production manager, bringing several critically acclaimed documentary series and features to the screen. Dabbling in historical, natural science and journalistic documentaries, Bryn’s experience is wide and varied, having worked with major broadcasters, funders, key creatives and crews across Canada and around the world.

Aeyliya Husain is an award-winning documentary filmmaker whose work focuses on issues of representation, women, and photography. She has exhibited at festivals both nationally and internationally including Tribeca Film Festival, where her film SHOOTING WAR was nominated for best short documentary. Husain holds an MFA in Film Production from York University and a BA from the University of Waterloo, and she currently teaches film courses at McMaster University.

Lalita is an award winning filmmaker and transmedia producer. Her work has been broadcast on all major networks and featured at film festivals around the world. Krishna’s documentaries are used extensively both in the Canadian and international educational markets.

Colette Vosberg is a TV, Film and Digital professional who specializes in business affairs and producing with a creative flair. She has written, directed, and produced two shorts: one drama entitled GOTTA GET AHEAD and the other a documentary, entitled THE HOOTENANNY. Vosberg has a unique background of having worked in the fields of broadcasting, distribution, and independent production.

Danny Webber is a partner with Hall Webber LLP, one of Canada’s top rated boutique entertainment law firms, and serves as the official legal counsel to the Academy of Canadian Cinema and Television and the Canadian Screen Awards. He has also acted as an executive producer on more than 25 film & television productions and recently produced a feature length documentary that premiered at Hot Docs.

James Weyman is President of media production and consulting company Barn 12 Inc. A 35 year veteran of the screen-based industries, he recently exited Ontario Creates where he was responsible for managing a $20 million portfolio of funds including the OMDC Film Fund. As a producer and filmmaker, Weyman has been involved in a range of critically acclaimed productions; as an executive, he has participated in financing hundreds of film and TV productions.

ABOUT DOC ONTARIO
The Ontario Chapter of the Documentary Organization of Canada is the organization’s oldest and largest chapter. Formerly known as the Canadian Independent Film & Video Caucus, DOC Ontario began as an advocacy group in 1983. In its 30-year history, DOC Ontario conceived of the Hot Docs International Film Festival and Point of View Magazine, as well as successfully lobbied for the creation of Telefilm Canada’s documentary broadcast envelope. Today, DOC Ontario has over 450 active members—including award-winning directors, writers, editors, producers, cinematographers and researchers—forming the unified regional voice of the Documentary Organization of Canada. 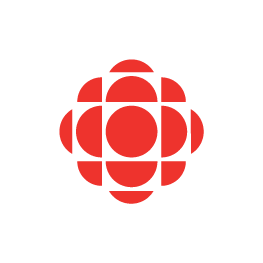 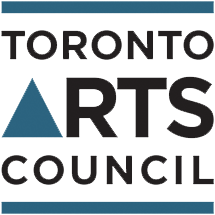