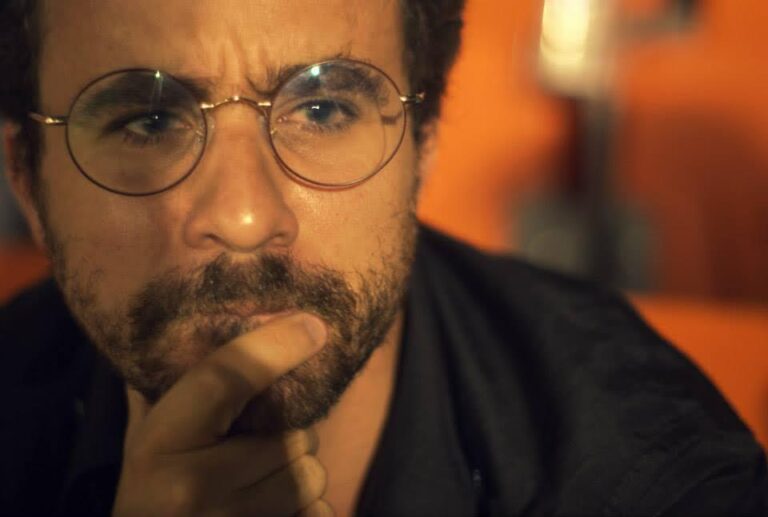 Joel Elliott is a writer, filmmaker, and archival producer/researcher, whose work examines the visual remains of the past in stark, unflinching and intimate ways. His film Orphans [a requiem] (2016), which used bird stories to examine the breakup of the Korean peninsula, won Best Documentary at the Baikal International Film Festival. More recently, the all-archival short The Great Silence (2021), about Woodrow Wilson and the Spanish Flu pandemic, is premiering at Big Sky Documentary Film Festival and has been nominated for Best Short Documentary at Sebastopol Documentary Film Festival. He has also been active as a podcaster, producing/hosting the 4-part series Polarities, about the intersection of religion and social change.

As an archival researcher, he has worked on several television series and documentaries, covering pop culture history, technology, and politics. and screened at Sundance, Berlinale and broadcast on CBC and Discovery Channel. He has also been active as a journalist and critic, with bylines in NOW Magazine, Maisonneuve, and the now deceased music website Cokemachineglow. His work has taken him from South Korea to Myanmar to the Sonoran Desert.

He is currently in development on a feature-length documentary about the rise and fall of the Wild West performer. The film follows the story of Mary Hurst, a woman who grew up in the 1950s as part of a family of whip-crackers, knife-throwers and sharp-shooters. While tracing the devastating events that led to the breakup of the family, the film zooms out to show the legacy of four cowboy entertainers – all sharing the same name – and the slippery border between reality and performance. 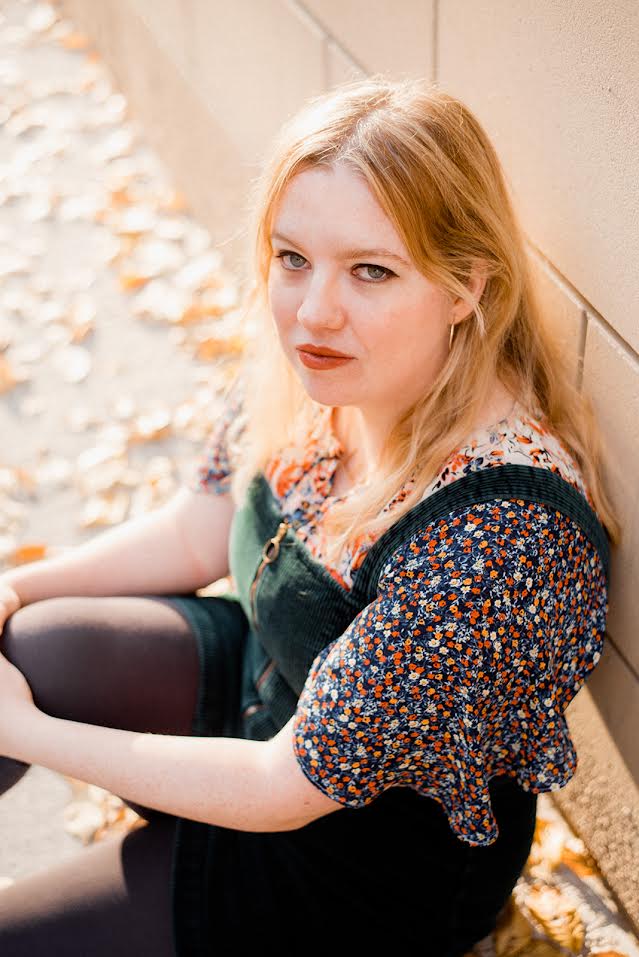 Emily Graves is a Canadian documentary filmmaker, editor and audio producer. She has previously directed one short documentary which will be released later in 2022. Emily studied at Central Saint Martins in London, UK, holds a Bachelor of Fine Arts from the Gerrit Reitveld Academie in Amsterdam, The Netherlands, and is a graduate of the Loyalist College Photojournalism program. She is also an alumni of the Peggy Guggenheim Collection internship program in Venice, Italy.

During the Breakthrough Development Lab, Emily is developing her first feature documentary about Dutch artist Sarah Gerats as she explores her relationship with the environment through unique nude self-portraits on the remote Norwegian island of Svalbard. Through dramatic imagery of the desolate arctic landscape, the audience will join Sarah as she grapples with the changing environment, evolution of her own body and the passage of time. When not making art, Sarah travels extensively throughout the arctic as an expedition leader on tall ships. She has worked on ships in the region for the past 10 years and has witnessed first hand the changing landmarks of the environment. Sarah also often makes trips back home to The Netherlands to spend time with her father Tom Gerats, a retired biologist, who is struggling with declining health due to progressing Parkinson’s disease.

The film will explore Sarah’s relationship with nature, the environment and the passing of time, and how those themes intersect with her father’s disease, his retreat to the past and their mutual fascination with nature. 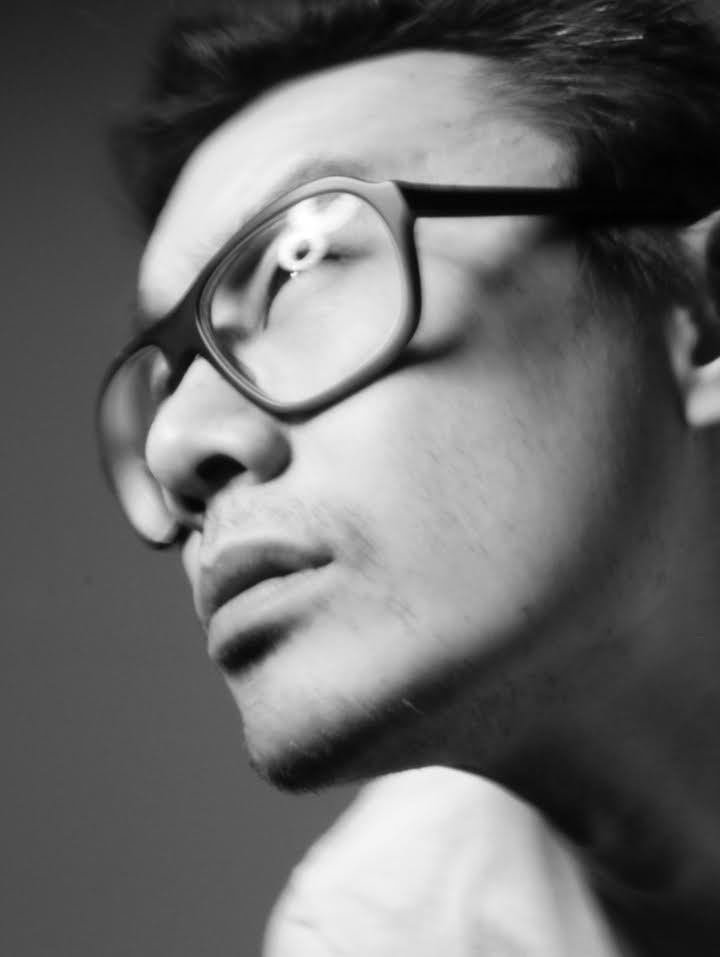 The award-winning Taiwanese-Canadian filmmaker Calvin Hudson Hwang was born in Edmonton, Alberta. Hwang started performing as a youth with the St. Albert Children’s Theatre and gradually progressed to acting roles in commercials, film and television. Following a career in advertising that took him to London (UK), Toronto, San Francisco, and Montreal, C. Hudson transitioned to behind-the-camera after moving to Los Angeles to attend film school. His directorial works have screening internationally at festivals including Toronto, Vancouver, Montreal, London, Milan, Los Angeles, San Francisco, Halifax, Ottawa, and Berlin. He is the creative force behind the award-winning documentary series Real Life Stories developed for Johnson and Johnson. His 3-part documentary series on psoriasis was awarded best patient education programming by the Canadian Dermatologist Association. Combining a unique skill set in film, strategy, regulatory, and stakeholder management, Hwang founded SUPRE in 2017, a company focused exclusively on health documentaries. Hwang’s latest film “What Flowers They Bloom”, produce with financial support from Heritage Canada, examines COVID-19 disinformation and its impact on mental health and anti-Asian racism. He is currently working on a feature documentary about the legacy of sports icon Lionel Conacher. 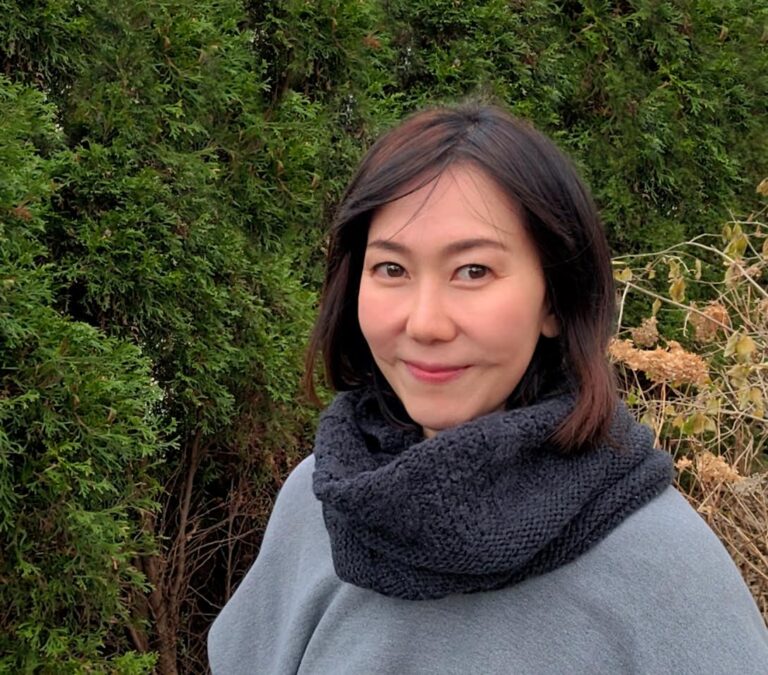 Noa Im is a South Korean-born filmmaker based in Toronto. She obtained her BFA degree in Photography from Parson School of Design in New York and an MA in Fine Arts from Chelsea College of Arts in London. While working as a visual artist and NGO volunteer in Seoul, her passion shifted to documentary filmmaking. For her MFA in Documentary Media at Ryerson University, she produced and directed an essay film about the Korean DMZ, called Looking through the Binoculars, which won awards from Independent Shorts Awards International Film Festival (2021), and her work will be shown in the Pyeongchang International Peace Film Festival (2022). Her current project is a feature-length biographical documentary about a North Korean woman’s personal journey to discover why she was imprisoned, and how she deals with the trauma that follows her everywhere she goes. Kim Young Soon was a professional dancer with the People’s Army Ensemble, but she’s also a survivor of the Yodok Prison Camp. As an elite member of society, she was dedicated to the Kim Il Sung regime, but one day, without warning or trial, she and her family were sent to Yodok Prison Camp. Living on the edge for 30 years, she lost her son and parents and witnessed many artists being purged by the regime. When she finally found out why she was imprisoned, she decided to escape to South Korea. This film centers on Kim’s own voice and emotional life and how she experienced North Korea, from the inside. More importantly, her 85 years encapsulate the torment of a long and difficult 20th century – the utopian dreams and real-life nightmares that drove history. 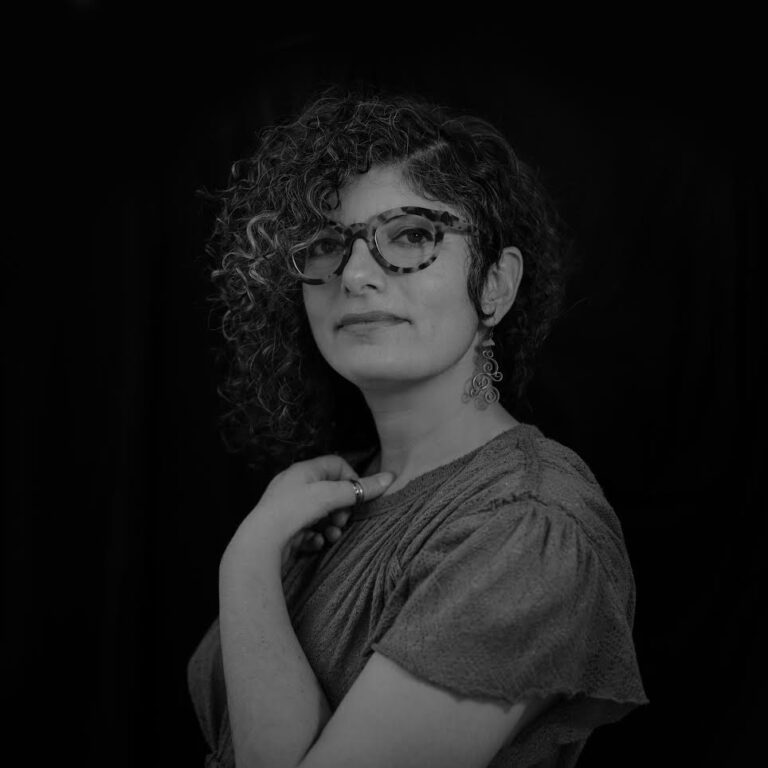 A Palestinian-Canadian, born and raised in Jordan, Annie is an independent filmmaker and photojournalist. She seeks long-form narrative with a focus on women’s issues, identity, and social justice. Her first short documentary Hollie’s Dress (46 festivals, 16 awards), had its World Premiere at Hot Docs Canadian International Documentary Festival 2020 and was created in collaboration with The Canadian Broadcasting Corporation. Awards include the Golden Sheaf Award at Yorkton Film Festival, Canada Life Best Short Documentary at Forest City Film Festival, and Award of Excellence at Canada Shorts Film Festival. Her photographic work is published in media, including The Canadian Broadcasting Corporation (CBC), The New York Times, The Globe and Mail, Walrus Magazine, Washington Post, Bloomberg News, NBC News, and United Nations High Commissioner for Refugees (UNHCR). Annie is a member of Boreal Collective and Women Photograph and is represented by Middle East Images. 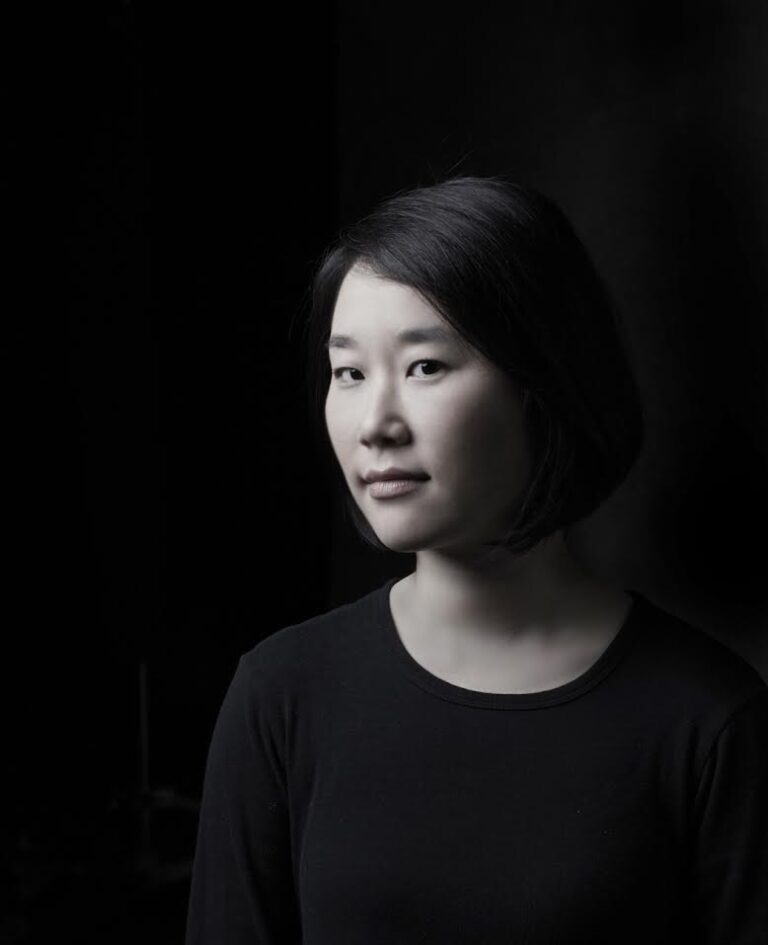 ALICE IL SHIN is a Korean filmmaker who received her formal film training at Nihon University, Japan. Since then, she has worked in Japan, Korea, the USA, and Canada as a director, producer, and editor. As of 2017, she resides and works in Canada.

Alice’s filmmaking practice aims to interrogate Asian-Canadian experiences similar to her own. Her debut Canadian short film, Haru’s New Year (2018) follows a Japanese student who experiences her first day in school in a new country. The film has screened at festivals worldwide and won numerous awards, though Alice is most proud of the film’s reach and positive reception among local communities and schools in southern Ontario. Her following short film is the elegiac and poetic Signal Fire (2019) that explores multigenerational relationships and the possibilities for connection. Commissioned and exhibited by the Varley Art Gallery of Markham, the film also went on an extensive festival run.

Alice’s first short documentary, CBC Arts: Emma Nishimura (2020), showcases an artist whose affective creations demonstrate the human cost and intergenerational trauma caused by the Japanese internment camps in Canada. Continuing her research on the Japanese Canadian internment, she is currently working on her documentary Home and Native Lands (on-going). Combining archival footage with firsthand narratives, this project is supported by the National Association of Japanese Canadians and the Canada Council for the Arts with mentorship from the 2020 Hot Docs Accelerator Lab. 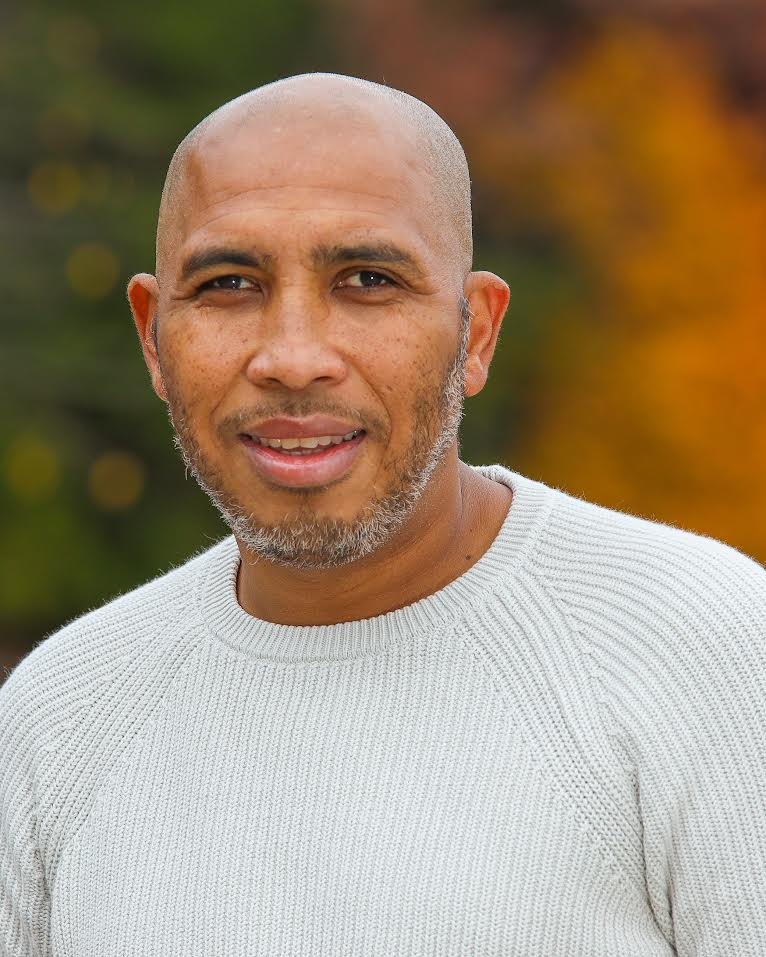 Through the Breakthrough program, Ryan is developing a documentary about a Tamil-Canadian woman whose journey to Sri Lanka becomes a political nightmare as she fights for her life and liberty in a place she once called home. 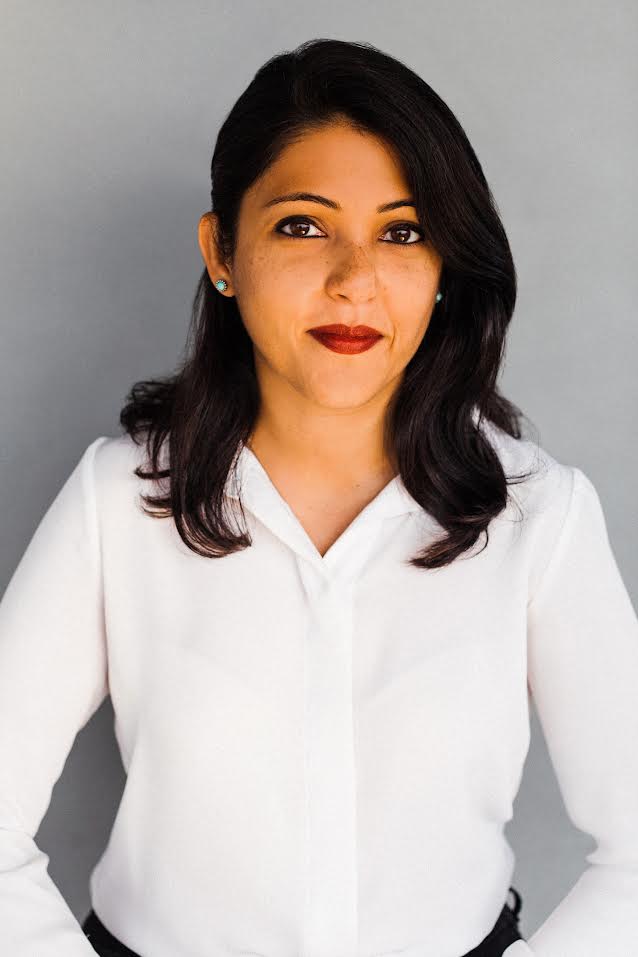 Mariam Zaidi is a filmmaker, film programmer, and arts manager based in Toronto. Zaidi’s work has been funded and supported by TAC, OAC, CCA, CBC, and the National Film Board, and she is currently developing her first feature-length film, SHAPES OF US. Aside from her independent film work, Zaidi is currently a film programmer at Hot Docs Canadian International Documentary Festival and Toronto Reel Asian International Film Festival.

Joyous moments with their siblings are peppered with nervous conversations between two friends and aspiring artists, Aisha and Jenna, embarking on similar journeys preparing to become primary caregivers to their siblings, Sami and Maya, who live with disabilities. SHAPES OF US is a portrait of unique sibling bonds and the community we lean on when systems fail to provide adequate care.

The Breakthrough Development Lab is made possible with the support of Ontario Creates, Rogers Group of Funds, and CBC.